Michael Cook is a Canadian researcher, underground photographer, landscape architect and heritage consultant. In 2015, he was named one of Canada’s greatest modern explorers by Canadian Geographic magazine for his work to reveal the unseen infrastructure of Toronto and other cities. His photography has been shown in special public exhibitions for Toronto’s CONTACT Photography Festival and for Doors Open Toronto, featured in Maclean’s magazine, and published internationally in a variety of books, periodicals and online venues.

In his work on infrastructure, Cook emphasizes the value of public attention and understanding of the systems that allow our cities and society to function. By revealing the physical scale, material reality and geographic presence of otherwise hidden infrastructure, his photographs and writing encourage informed public engagement with the history and contemporary challenges of water, wastewater and power. Rather than presenting an obstacle to project success or operational management, Cook suggests that an interested public is one that is better-positioned to support system expansion and renewal, tolerate disruptions, and provide more valuable input to planners and managers. Cook will present stories from his own underground experiences—from Toronto’s historic Garrison Sewer to the famed hydroelectric tunnels at Niagara Falls—and review cases of public engagement with subsurface infrastructure from around the world. 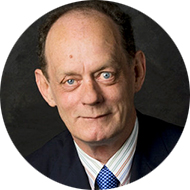 The one and only Rex Murphy is a trusted face and voice across Canadian media. His intellect and biting humour strike through the heart of profound political and social issues. Canadians are treated to weekly commentary from Rex on CBC’s The National along with his Saturday column in the National Post. He’s also acted as an editorial contributor to CBC Radio’s Definitely Not the Opera. For over 20 years he was the host and moderator of CBC Radio’s Cross Country Checkup. The show brought over 1 million listeners and at times 15,000 callers wanting to join in discussions.

As a speaker, Rex radiates intelligence and trustworthiness. His endearing style brings forth a sarcastic intellect and deep insight into issues affecting individuals and businesses. Audiences can expect to be simultaneously informed and entertained by Rex’s provocative commentary. He knows what makes Canadians tick, and what drives our political and social affairs. Rex makes Canadians feel important, and reminds everyone that we have culture beyond hockey. His thought-provoking, sometimes stinging commentary and original insights are delivered through a vocabulary to make Webster’s consider updating.